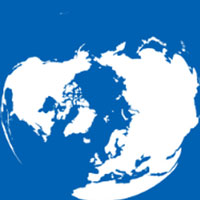 Warming up faster than the rest of the world due to climate change, the Arctic region is becoming increasingly vulnerable to major disruptions in its finely balanced eco-, climate, and physical systems.

Along with Arctic Amplification, the North Atlantic storm track is projected to shift with climate change, potentially impacting the global climate system. The feedback processes that occur in the Arctic, from the sea ice to clouds, all play a role in regulating climate, on a regional and global scale. The storylines investigated for the Arctic region will be selected based on their environmental impacts such as Boreal Forest fires, permafrost thaw, trans-arctic shipping routes, and radionuclide dispersion in the Arctic Ocean.

PolarRES is exploring 8 pairs of Arctic impact storylines. The investigation into these storylines is ongoing and any chosen storylines will soon be documented here. The final storylines for the Arctic will be selected based on their impact on several environmental risks which can be found below.

This website uses cookies to improve your experience while you navigate through the website. Out of these, the cookies that are categorized as necessary are stored on your browser as they are essential for the working of basic functionalities of the website. We also use third-party cookies that help us analyze and understand how you use this website. These cookies will be stored in your browser only with your consent. You also have the option to opt-out of these cookies. But opting out of some of these cookies may affect your browsing experience.
Necessary Always Enabled
Necessary cookies are absolutely essential for the website to function properly. These cookies ensure basic functionalities and security features of the website, anonymously.
Functional
Functional cookies help to perform certain functionalities like sharing the content of the website on social media platforms, collect feedbacks, and other third-party features.
Performance
Performance cookies are used to understand and analyze the key performance indexes of the website which helps in delivering a better user experience for the visitors.
Analytics
Analytical cookies are used to understand how visitors interact with the website. These cookies help provide information on metrics the number of visitors, bounce rate, traffic source, etc.
Advertisement
Advertisement cookies are used to provide visitors with relevant ads and marketing campaigns. These cookies track visitors across websites and collect information to provide customized ads.
Others
Other uncategorized cookies are those that are being analyzed and have not been classified into a category as yet.
SAVE & ACCEPT